Richard Allen's research interests as a scholar began in the areas of film theory and the philosophy of film. His first book, Projecting Illusion (Cambridge University Press, 1997), articulated a sophisticated version of the illusion theory of representation as a basis for defending a psychoanalytic conception of spectatorship. In addition, he edited, with Murray Smith, the first anthology of analytic film theory, in the philosophical sense of "analytic," entitled Film Theory and Philosophy (Oxford University Press, 1999). Without relinquishing a belief in the value of conceptual clarity within humanistic inquiry, his work has moved towards a revised conception of theory that is manifest in Wittgenstein, Theory, and the Arts (Routledge, 2001), co-edited with Malcolm Turvey.

Allen's subsequent research in film has focused mostly upon film poetics and aesthetics. He is internationally renowned as a scholar of Alfred Hitchcock. He organized the Hitchcock Centennial Conference in 1999 that co-incided with the publication of Hitchcock: Centennial Essays (BFI, 1999), and he has edited two other anthologies on Hitchcock. In addition to writing 15 scholarly articles on Hitchcock, he is the author of Hitchcock's Romantic Irony (Columbia University Press, 2007) that examines the relationship between sexuality and style in Hitchcock’s work. From 2001-2018 he edited, with Sid Gottlieb, the Hitchcock Annual (Columbia University Press).

Allen has also worked extensively on Hindi cinema, commonly known as Bollywood. Together with Ira Bhaskar (Jawarharlal Nehru University) he organized a film festival in Abu Dhabi and New York—Muslim Cultures of Bombay Cinema—authored Islamicate Cultures of Bombay Cinema (Tulika, 2009) and edited Bombay Cinema's Islamicate Histories (Intellect and Orient Blackswan, 2022). He is currently completing a manuscript entitled Bollywood Poetics. Growing out of this work, he is developing new research about the relationship between affective piety, melodrama and film on which he has published several articles.

Since joining the the School of Creative Media in 2016, Allen has developed research at the intersection of art and new media. He organized two international conferences on Machine Learning and Art, Art Machines (2019) and Art Machines 2 (2021), and, with Jeffrey Shaw he curated a major exhibition on computational art called Art Machines at the Indra and Harry Banga Gallery, CityU, and wrote the accompanying book length catalogue, Art Machines (City University Press, 2020). He has also published on the new media art and writings of Jeffrey Shaw. 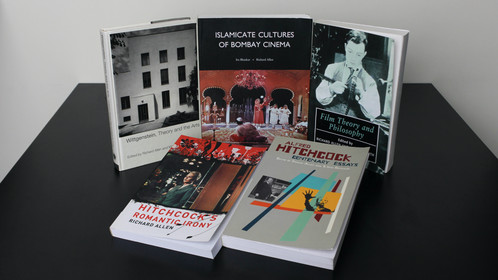 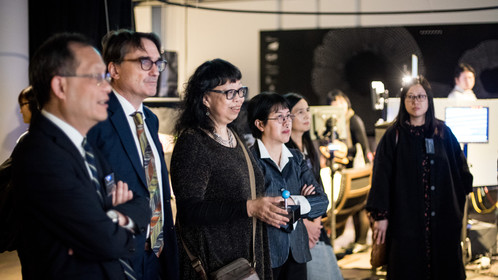 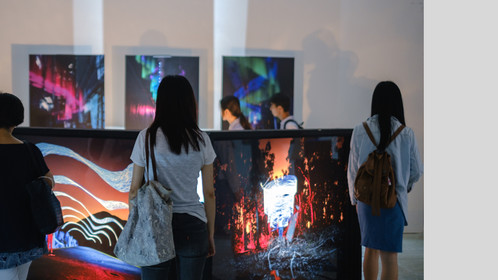