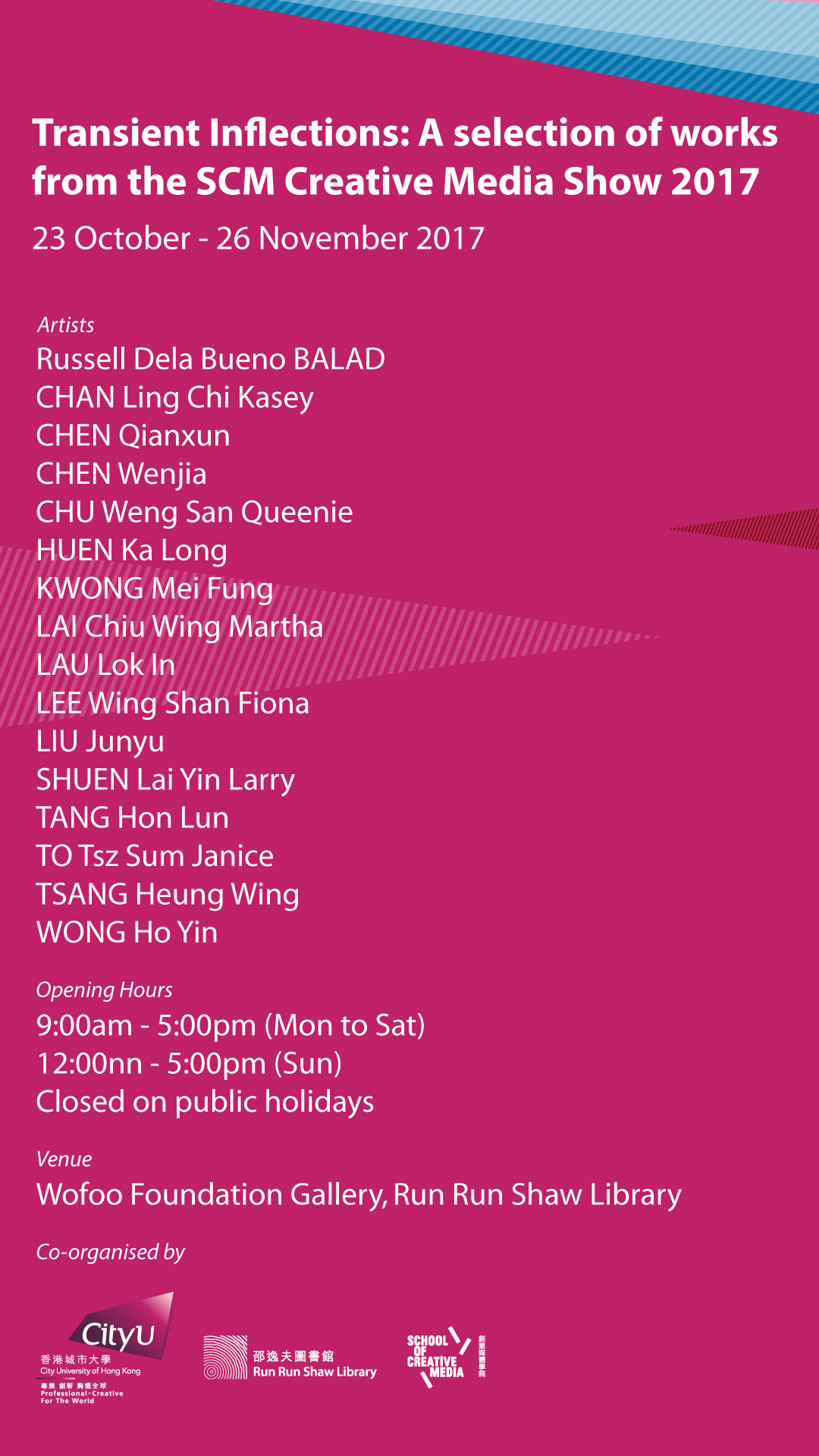 History and culture in the Arnavons are not written down. It is passed on from generation to generation through song, “kastom” dance and stories. Nature is their medium.

But microplastics have infected the ecosystem in the Solomon Islands at a sinister and hidden level. Cities and their inhabitants are responsible for spreading this infection to remote ecosystems. Nature is fighting the onslaught and odd hybrids of plastic and organic are starting to appear at the microscopic level. This battle for the health of the ecosystem correlated with how a virus spreads and destroys its host. In this artwork, I wanted to show that this spread of plastic will also erase the culture and history of the site. Plastic is a virus and our survival depends on a cure. Microplastics found in the environment were photographed with a microscope. Examples of plastics merging with natural elements were selected and provided the basis for a procedural animation. Each button represents a “sample” of the virus.

This work was commissioned for the programme of Extreme Environments: The Coral Triangle. 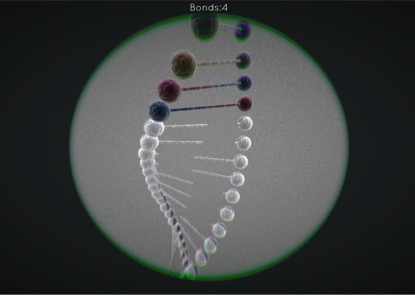 AND is a simple but challenging reflex-oriented mobile game. Taking the concept of DNA, players need to complete the missing molecules by tapping left or right in order to recreate the full DNA sequences. 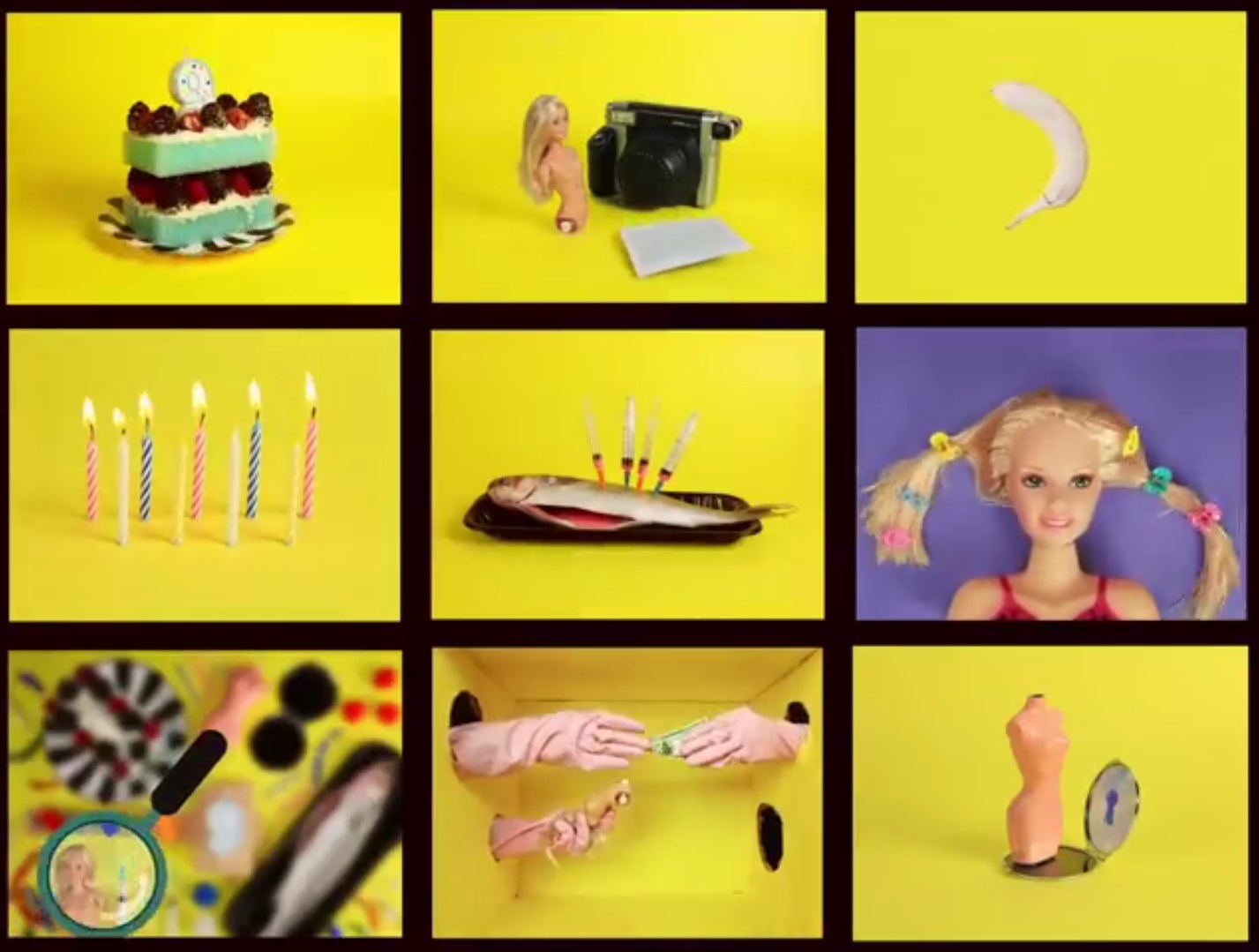 The project is objected to dig up the fear buried deep in human mind. Human is a kind of animal that only prefers to see things with beautiful appearances. Our nerves have already forced us to deny sordidness, vice, deformity. Life is always wrapped in a gorgeous gift box by idealists. This series of photographs is a scientific visual study about pedestrian crossing and its unique rhythm in the different district of Hong Kong. The photographs are the medium of this visual statistical research project which uses digital manipulation and multiple exposures to observe the phenomenon and trajectory of human activity. This scientific experimental approach rediscovers photographs as be an aesthetic form of expression and expanded the photographic vision. Walking in a daze

As Fiona Lee’s debut release, the album was recorded during the early days of her auditory journey between 2011 and 2016. The arrangement of the 7 pieces displays the interaction of field recordings with electronic music. The audience could learn about how she listens in daily life, performances and sound installations. Walking in a daze refers to the state of her listening habits. By mixing soft noise and field recordings, the album expresses emotions and feelings on different spaces and personal memories. 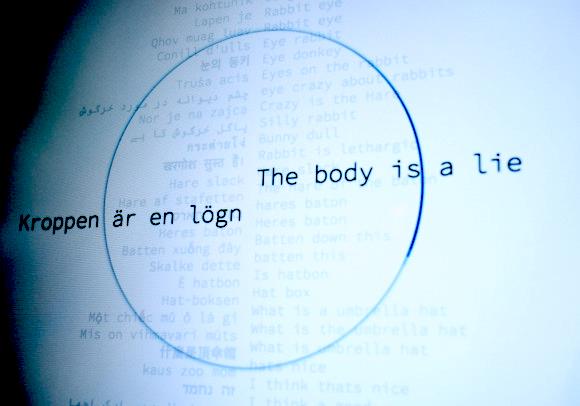 Morphosis is a code based generative project that uses an online translation service to explore the boundary of languages and the aesthetics of machine translation.

A short piece of text written in English by the artist is translated to a random language supported on the online website Bing Translate and then back to the original English. The translated sentence is re-submitted until it becomes too short or stops changing, causing the program to move to the next.  One after another, a sentence is sentenced to death.

In the constant translation process, new words appear out of context and sentences to truncate.  Translation becomes a trail of how meaning is lost through replacements of words, changes in sentence structure or sudden occurrences of the absurd when poetic contingency emerges from imperfections in translations. The text keeps evolving itself as if it is a creature with heartbeats and its creator is the collective consciousness of all the languages covered in the piece. The Memories of Wood

Interviews with local communities on-site in the Solomon Islands revealed stories about deforestation and loss of jungle habitat. The stories have been laser etched into furniture that was imported from regional forests in underdeveloped countries and used by the British colonial government in Hong Kong.

This work was commissioned for the programme of Extreme Environments: The Coral Triangle. 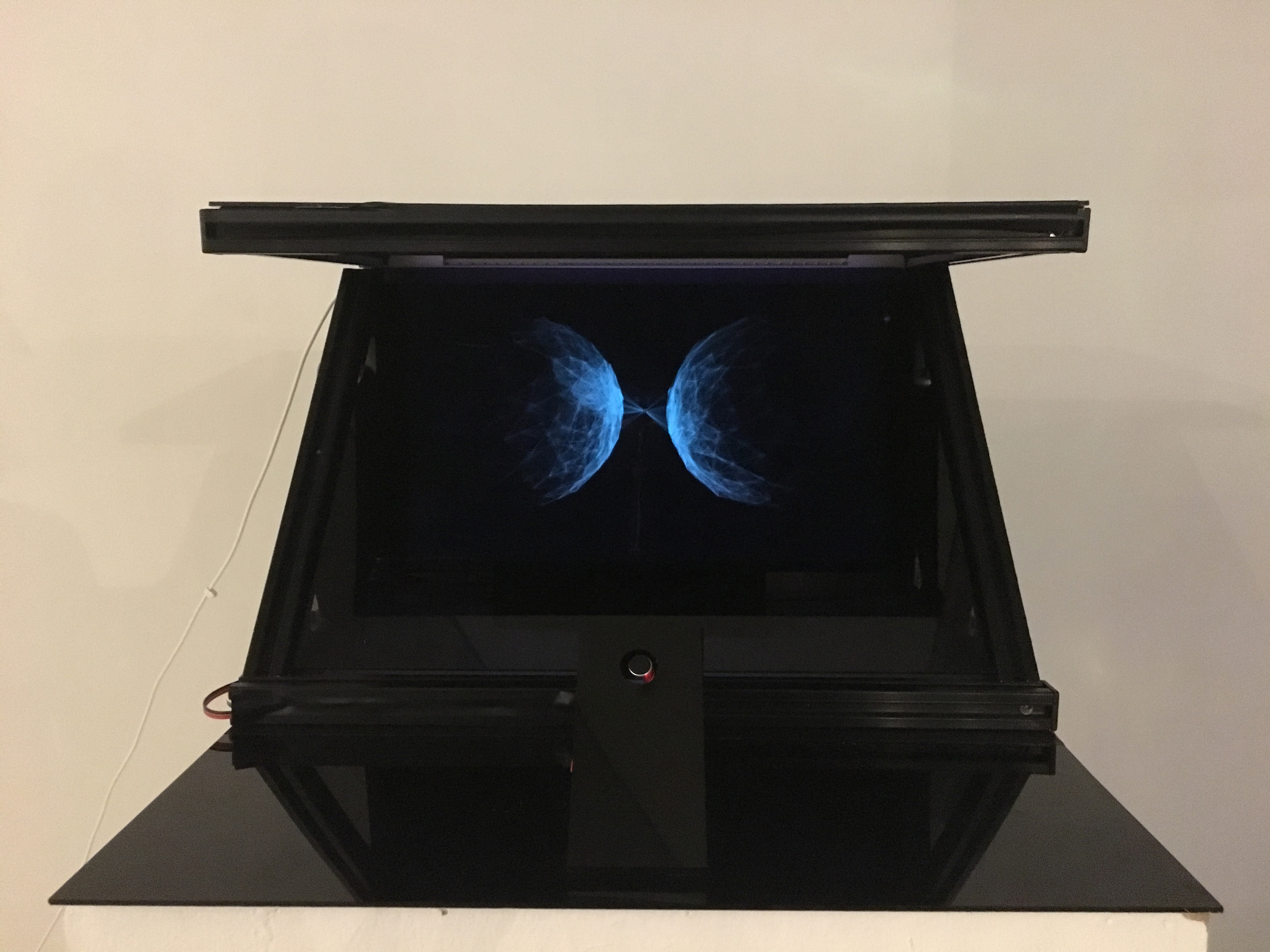 Through several types of research on programming and experiments, the artist applied flocking behavior to particle system to simulate the connection of planets and natural satellites. The artist integrated computer graphics and physical computing to show how a small force from participants disrupted “stable” system of the computer graphics over long timescales and discovered that a small intervention can have large outcomes in a complex system evolve over time. 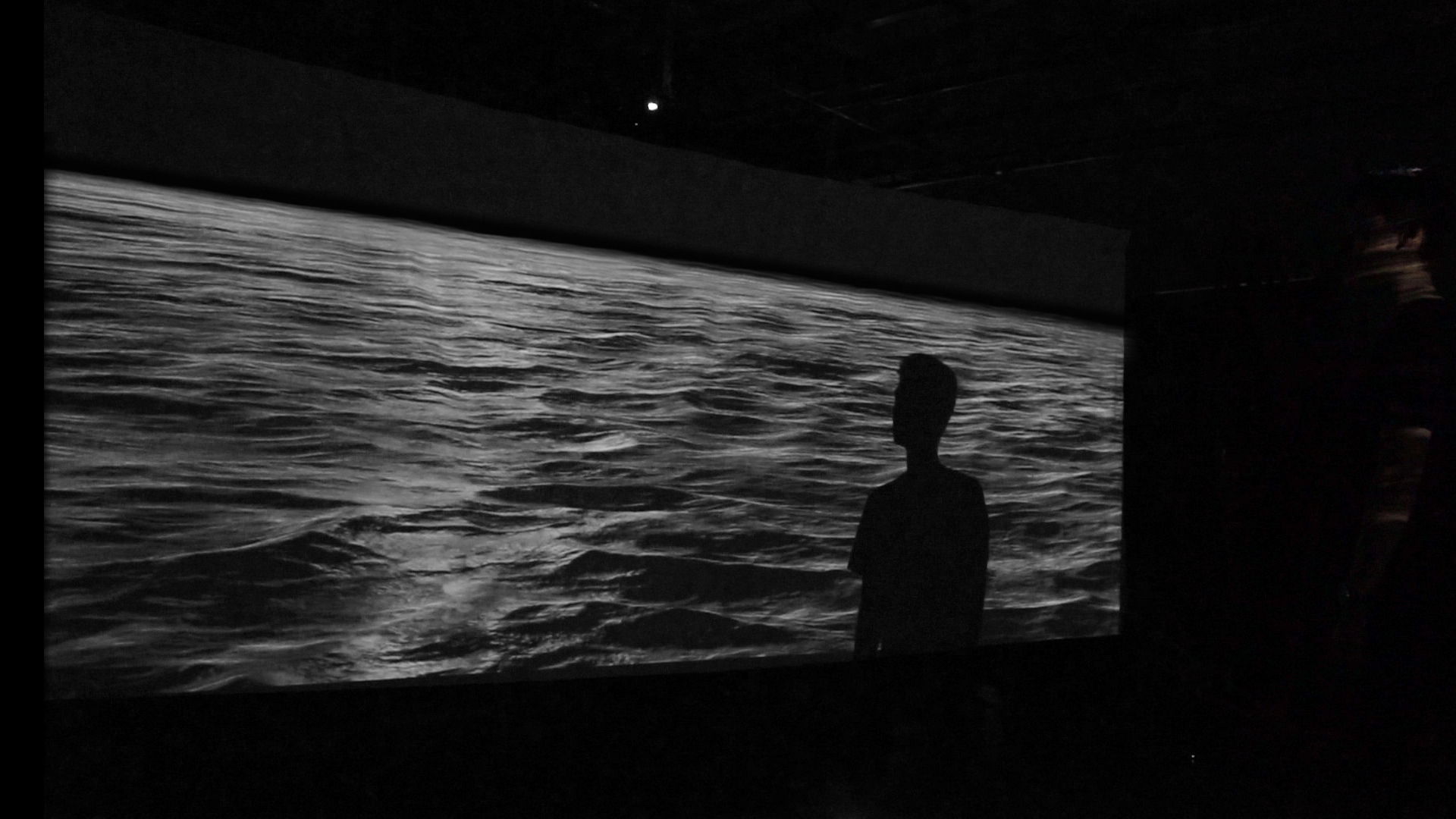 the ebb and flow of… is a work that seeks a crevice between one’s perception of the world in reality and media ‘s world of simulation and fragments, where the ‘truth’ is believed to lie in. It was created inspired by the saying in Zen philosophy, ‘mountains are mountains, waters are water’, discussing the belief after enlightenment – the eternal and impermanent qualities in things. As the French philosopher Bernard Stiegler points out, our senses, in the world of audiovisual media, are industrially reconfigured to be appealed by standardized objects and eventually and have our memories industrialized. Through the work, the artist wishes to explore and re-examine human perception – to provoke one to question what is visible in the moving images. 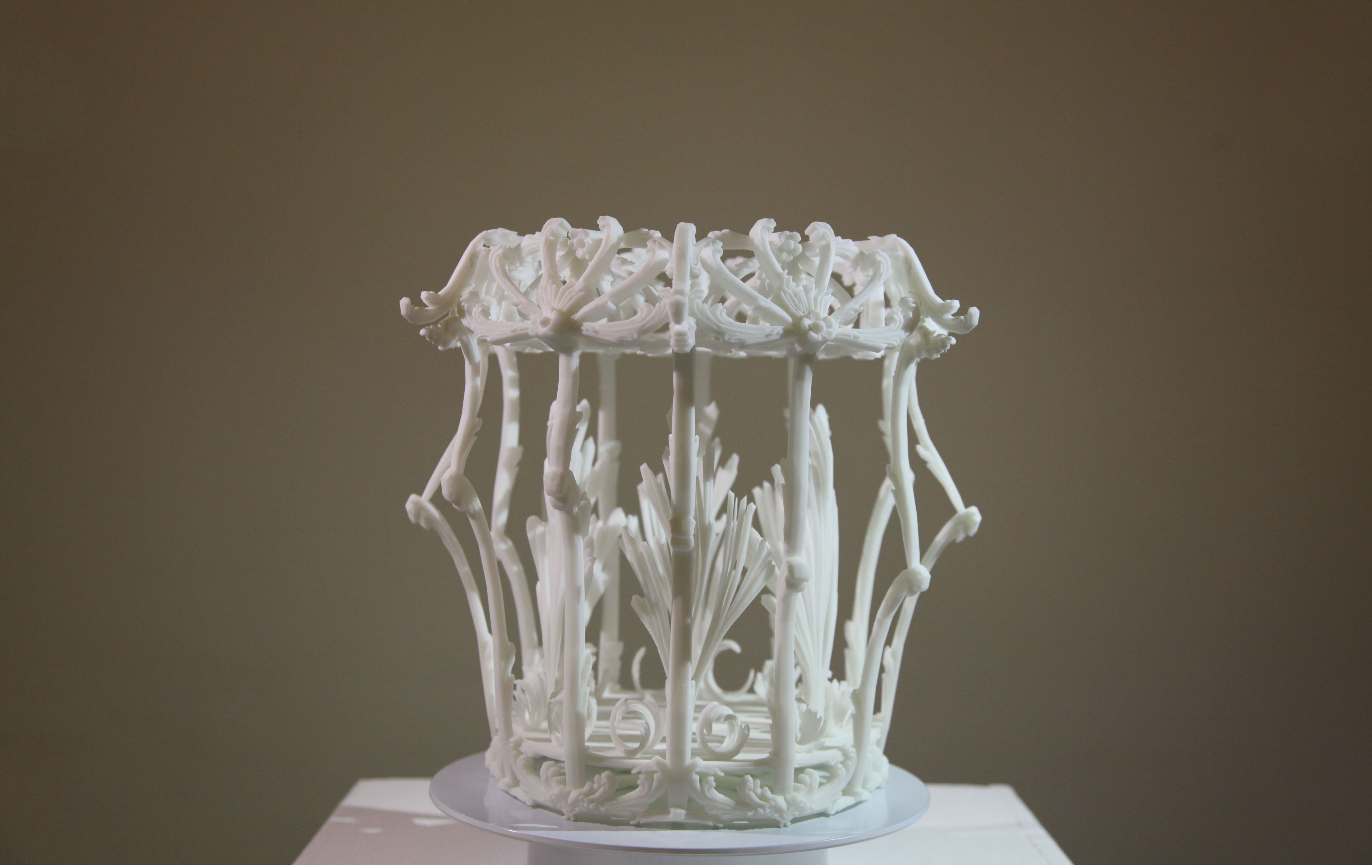 The inspiration of Break Away comes from the Chinese running horse lantern and Western zoetrope. The similarity is that both of them use the principle, which is to make stationary objects move. This project uses the same principle to explore the relationship between stationary 3D printing artifacts and moving animation. In order to better respond to Rococo's design theme, we extracted the original pattern from the painting and created the corresponding 3D model. The overall model is divided into two parts: the outside of the decorative frame and the inside of the patterns. The modified frame can also grow and sway along with the middle patterns in the case of high-speed rotation.

This artwork connects different media together to enrich the sensory experience for the audience and the creative experience for the creator. With the use of camera and light, it is not simply a static handicraft, but also a vibrant video installation and animation. 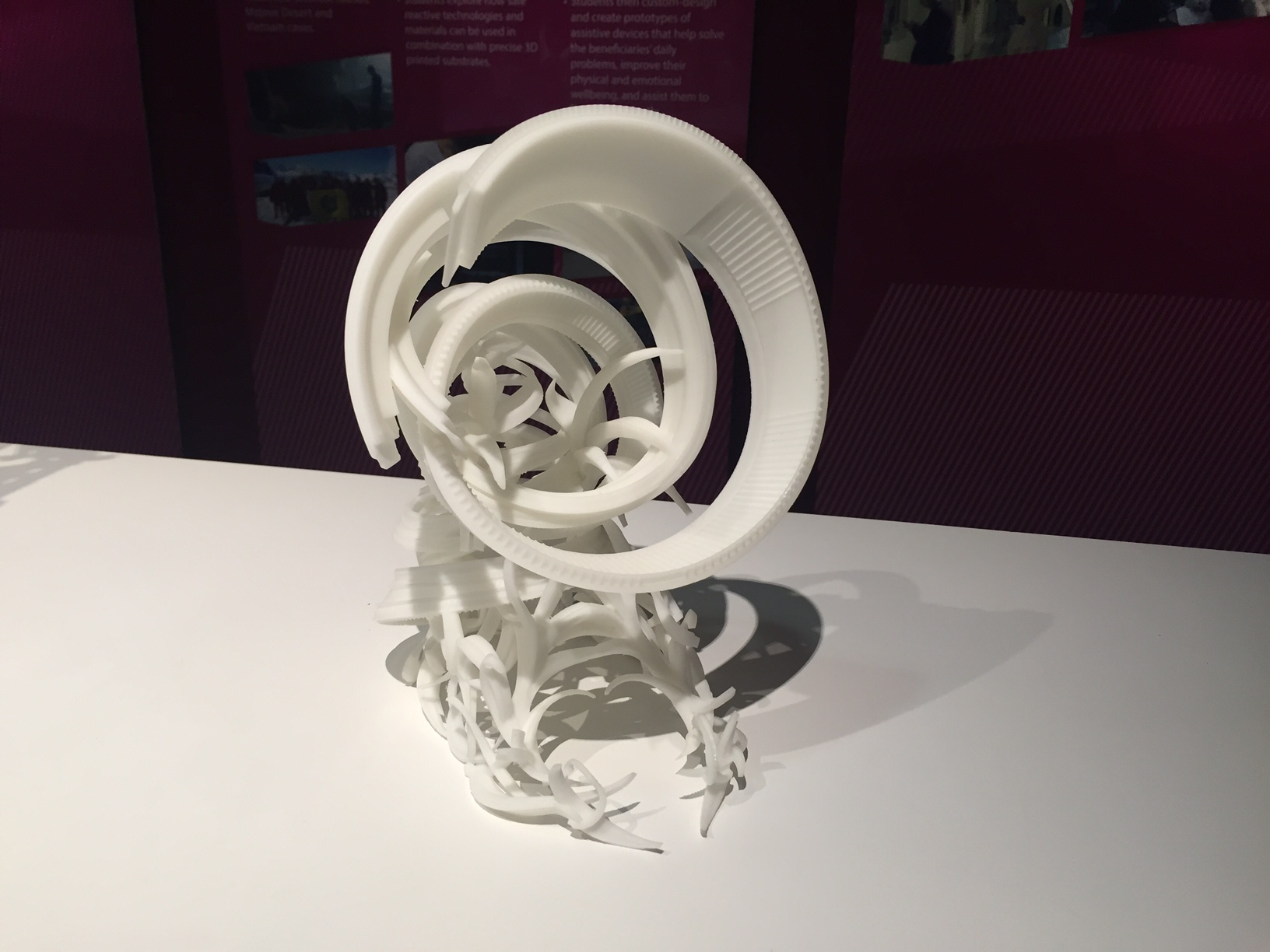 The object, Gramophone is an exploration of blending the notions of sound, Wunderkammer, Rococo and technology in a contemporary artistic context.

The gramophone was invented in the late 19th century by Thomas Edison, which was a device for recording and reproducing sounds. Composers and artists were fascinated by this invention, as they could collect and manipulate any sound into their own works. Therefore, gramophones are like Wunderkammers, i.e. cabinets of curiosities that hold unusual sounds, which also give inspiration to creative works.

At around the same time of the rise of Wunderkammer, the Rococo, an art style began its influence in European art. Extravagant embellishments could be easily found in Rococo art sketches, yet were seldom realized due to the limitation of knowledge and technology.  Now, 3D printing technology enables us to bring those sketches into physical, tangible and materialized forms. Would the Rococo artists achieve more if they acquire the 3D printing technology?

The work, Gramophone, looks back the history of art, music, and science, and represents the rhapsodies on how these areas would have blended and interfered if they were present in the same era.